Sector must 'do less' to protect freelancers

The danger of burnout is growing as arts and culture become increasingly central to regeneration agendas. 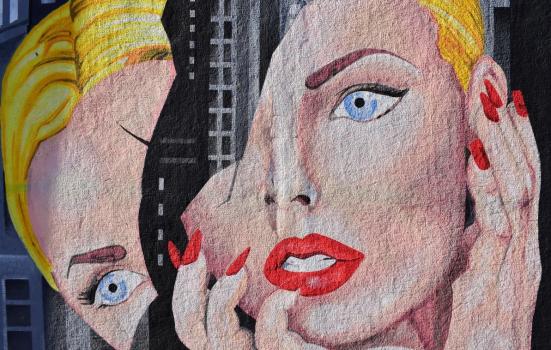 The creative sector needs to scale back to protect freelancers from burnout, a leading researcher says.

Speaking at a Westminster Media Forum conference on next steps for funding the creative industries on Tuesday (April 19), University of Leeds Professor Ben Walmsley warned freelancers will bear the burden of work as arts and culture are increasingly called upon to contribute to levelling up and regional regeneration.

"We need to do less," he said. "Until we stop overproducing... we will continue to see an overworked and burnt out workforce."

"If we believe arts and culture have a significant role to play then we need to invest in freelancers and cultural practitioners."

Recent analysis by the Centre for Cultural Value indicates fewer performing arts professionals are doing the same amount of work as before the pandemic.

By Februrary, the size of the workforce had mostly recovered in other industries. But in the performing arts, a workforce that is 15% smaller is working more hours per week than in 2021.

The result, Walmsley has said, is a need for more regenerative models of working that prioritise tight-knit collaboration over constant creation.

Francesca Sanderson, Director of Arts & Culture Investment and Programmes at Nesta, added that the sector needs to develop and promote non-exploitative relationships between funders and funding recipients.

The creative industries sector vision is an opportunity to push for funding models that recognise creatives' unique working lives.

Currently under development, the DCMS' project will outline the Secretary of State's priorities for levelling up, environmentalism, international work and improving access for deprived communities.

Some speakers at Tuesday's forum laid blame for a lack of coherent funding strategies at the governmental level.

"I think the question is what is the DCMS for? Actually a lot of what we do, doesn't it belong in BEIS or Communities [portfolios]? We're a huge sector but we don't have economic power," Music Venue Trust CEO Mark Davyd commented.

"I think we have to work really hard to counter that... there's no reason they should be an afterthought."

Creative UK Chief Executive Caroline Norbury said the creative industries need a strategy that is "aware of the ecosystem" and has the flexibility to offer different interventions.

"It feels as if there is a complete disconnect between what's important for our country for growth and how we are going to get there."

Walmsley suggested legislation like Wales' Wellbeing of Future Generations Act would help. The law mandates that culture be taken into account in governmental decision making, ensuring it's resourced properly.

"It's something the rest of the UK can learn from."

Whether activity is scaled up or down, the sector's future funding and development depends on having people with the right skills.

The conference heard that creative workers value mentoring schemes especially, and these help grow skills faster than universities can.

Norbury said the sector "hasn't been as joined up as we might like" - a shortcoming that was exposed by Covid.

There is clear appetite for creative skills in other industries but traditional funding models are a "blunt instrument", and not always suitable to support creative entrepreneurship and self-employment across sectors.

Design is central to many creative and non-creative industries, "which is why its decline at GCSE is so worrying", she added.

While it was important to make current funding approaches fit, the sector would always be an outlier, she said.

"Yes, we are specialist and niche but I think we need to keeping making the case that creativity is a horizontal, not a vertical."

Do I detect a certain concern for ownership of skills and expertise that are conducive to 'successful' expression'? ? If there a formally qualified producer and artform specialist who is guided by 'informed' and prescriptive criteria and modes of production, then the freelancer is the 'free agent' who presents the same work using unknown formats which challenge the order and rigour of the professional. Is there then an assertion that the freelance artist is impure in their projection of the work?