Organisers reject claims that the Games’ cultural programme is not representative of the city’s diverse communities. 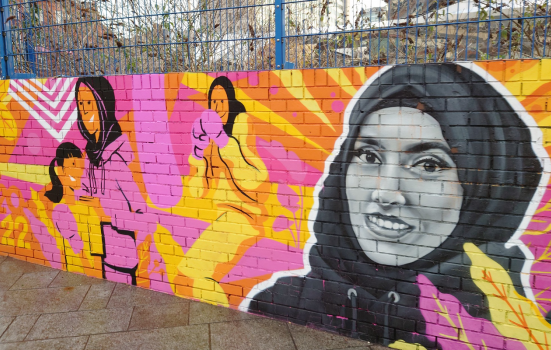 Organisers and partners of this year's Birmingham Commonwealth Games have rejected claims they are failing to represent the city’s diverse communities.

An open letter published in The Asian Today, co-written by a group of Birmingham-based cultural industry leaders, questioned why Indian, Bangladeshi and Pakistani communities had been side-lined in funding distributions.

It follows analysis by creative professionals shared with ArtsProfessional that showed only 10% of investment in Birmingham 2022’s Cultural Programme will be going directly to Black, Asian and Minority Ethnic companies.

One source told ArtsProfessional that organisers are trying to “take an easy route” to meet diversity targets by supporting ethnic minority creatives through white-led businesses.

Recent figures show 44% of Birmingham’s population, and 65% of the city’s children, to be from global majority backgrounds.

Long referred to as the ‘Diversity Games’ by organisers, the initial Commonwealth Games Organising Committee Board (OC) included only one person of colour.

A Birmingham City Council spokesperson said the board’s overall composition, following new appointments by other Games’ partners, has now made it “much more reflective of the city and wider West Midlands region than it was at the outset”.

Legacy WM Director Aftab Rahman, one of the open letter’s authors, told ArtsProfessional there is still no one on the board from a South Asian background.

“Given the diversity of the city, this should have been a priority.”

He says he is yet to meet an organisation in his network that is happy with the OC.

“The city, given its investment, should be playing a bigger role to ensure that the games and the cultural offer reflect the city and region. In my opinion, this is a missed opportunity.”

When asked to respond to the open letter, Chief Creative Officer of Birmingham 2022 Commonwealth Games Martin Green said the festival is a “shining example of inclusivity and creativity”.

“We are fervent in our belief that this will be a glowing reflection of the city, the region, and its people.”

The City Council says a £6m legacy fund investment will reach all 69 wards of the city and the communities within them.

The fund includes a £2m investment in small grants scheme Celebrating Communities and a further £2m for the Creative Cities programme, which will fund more than 100 arts group across the city “from a wide range of backgrounds,” a spokesperson said.

£500,000 is earmarked for Stronger Communities, a programme aimed at celebrating stories of migration, settlement and diversity.

The programme includes the formation of a community panel the council says is representative of the city’s diverse communities, which met for the first time in March.

Birmingham 2022’s festival programme includes 107 artist-led community projects. Rahman told ArtsProfessional he is aware many have not been directly funded by the OC.

One example, costing in excess of £35,000, fell mainly on the Bangladeshi community to fund, he said.

“Members of my committee have met with representatives of the OC and asked for funding - none was forthcoming.”

Work is underway on a Race Equality Progress Report Card (REPRC) to track the Games’ commitment to diversity.

The Birmingham Race Impact Group (BRIG) approached the OC in January when they were not getting adequate responses to their questions, including requests for an ethnic breakdown of commissioned cultural activities.

BRIG is now conducting the REPEC from a “neutral position” and will “make an assessment based on facts and evidence,” a group member told ArtsProfessional.

The group is in the process of working with leading race equality experts to assess the Games’ response to questions asked in the REPRC.

Their findings are expected to be published later this month.

We are not Birmingham based but are in the West Midlands.We would like to include our names to this open letter. Every artistic project that we suggested was not “in line with vision”. We stopped wasting our time after a while to focus on how we were going to serve the community. For large scale events such as this, funding diversity is never about ambition, scale or professional development of culturally and ethnically diverse artists. It’s about using the stereotypes so that it looks superficially inclusive.