Universities in the capital are set to lose nearly £80m in funding for arts courses. Diana Beech fears this will further widen inequalities in sector training. 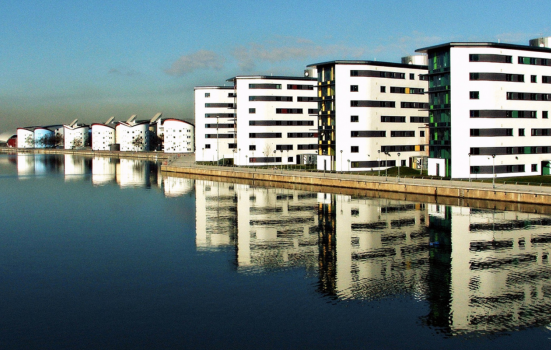 From the dazzling lights of the West End to the contemporary arts scene in the East, London is known the world over for its rich offerings in arts and culture. Prior to the pandemic, London’s arts sector generated £58bn for the UK economy. It created one in every six jobs in the capital and drew in 80% of London’s tourists.

At the heart of this cultural success story is a highly-talented workforce – many of whom have learned their craft and kick-started their careers at one of the city’s leading higher education institutions. From the actors, musicians and artists at the top of their trade to the technicians, designers and animators that make it all happen behind the scenes, London’s universities and higher education colleges provide the world-leading practical training our creative industries need.

As of this academic year, however, London’s higher education institutions are coming to terms with a sudden reduction in government funding. While all London universities have to deal with the removal of the ‘London Weighting’ allocation, which has traditionally gone some way to covering the higher costs of operating in the capital, those offering creative arts provision also have to contend with a 49% reduction in government funding for courses in performing and creative arts.

This means London’s universities are set to lose £64m from the loss of London Weighting funding, plus a good chunk of the £17m which has been slashed from funding for higher education provision in the arts. While some London conservatoires will benefit from the £10million uplift awarded as ‘exceptional funding’ to England’s specialist providers, this will not benefit provision at London’s more mainstream universities and could lead to course closures and academic restructuring as institutions seek to balance the books.

Arts subjects not a ‘strategic priority’

According to guidance from the Education Secretary, the Government can no longer justify allocating extra funds to London given its current levelling up agenda, nor fund courses outside its ‘strategic priority’ list. This comprises subjects identified as supporting the NHS and wider healthcare policy, high-cost STEM subjects and those aligned to specific labour market needs.

Cutting funding in this way rests on two crude assumptions: the first being that all London’s streets are paved with gold and the second, that the arts are no longer important to UK society. Neither of which could be further from the truth.

Even before the Covid pandemic struck, London had the highest poverty rates in the country. According to the Trust for London, 28% of Londoners live in poverty, compared to 22% of people elsewhere, and the costs of living in the capital are 15 to 58% higher than the rest of the UK. Several London boroughs are, in fact, among the most deprived areas of the country, with a third of London boroughs in the 30% most deprived areas in England.

Turning the clock back on progress to reduce inequality

It is in these challenging areas that many of London’s higher education institutions operate – offering vital skills and training opportunities to some of the UK’s most disadvantaged and ethnically-diverse communities.

To reduce the funds available to London’s universities to support their students to succeed will only end up hurting the UK’s poorest and risk turning back the clock on the progress made in opening up higher education to traditionally underrepresented student groups.

Reducing funding to arts disciplines on top of this will further widen inequalities. Should fewer arts courses be offered at some of London’s more ‘local’ universities as a result of these cuts, this will inevitably limit student choice and disproportionately affect London’s Black and Minority Ethnic students, as well as disabled students or those with caring responsibilities, who are less likely both to apply to the most selective, specialist arts providers or to move elsewhere in pursuit of higher education.

Need to grow our own creative talent base

According to the Government’s own data, the creative industries contributed over £111bn to the UK economy prior to the pandemic and were growing at five times the rate of the UK economy as a whole.

To re-start this pre-Covid success, the UK’s arts sector needs qualified graduates who can progress on to a wide range of creative careers and we should be doing our utmost to widen this talent pipeline for the future, not restrict it to only the most privileged in society.

With Brexit posing an added complication to the UK’s creative talent pool – with applications to UK universities from the European Union down 56% for the academic year 2021-22 – it is more important than ever that we seek to evolve and grow our own creative talent base.

Persisting with cuts that will damage economic and ethnic diversity in the arts is no way to level up our nation, but will only level down the capital, its citizens and the economic potential of the country as a whole.

Dr Diana Beech is Chief Executive Officer at London Higher. She was Policy Adviser to the last three Universities Ministers.

Diana, you provide devastating news about how work in London based HE is no longer a strategic priority for government. Yes, higher education institutions are coming to terms but they have no choice, they have to do so. I am of British Asian origin and would like to work alongside HE institutions by contributing to their policy and delivery. I am interested in hearing from organisations which demonstrate a clear commitment to reformulating action plans in light of these developments and are committed to networking and collaborations. I run an independent creative arts production house and conterminously also work alongside people and organisations engaged in transformational change.