Only 720 UK artists make a living from music streaming

A long-awaited report into music creators' earnings estimates they receive a fifth of a penny per stream, but avoids wading into the debate about whether that's fair. 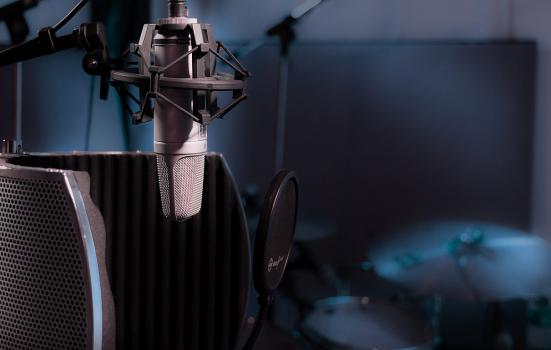 Recording rightsholders are getting a greater share of profits from streaming

Fewer than 800 music creators are estimated to have earned a living from streaming revenues last year.

In October 2020, 1723 musicians, composers and songwriters - about 0.4% of UK music creators - achieved one million streams, the monthly threshold for financial success.

A groundbreaking study by the Intellectual Property Office into revenues from music streaming since 2014 found it has fast become the biggest earner for recording rightsholders, but that musicians recieve about a third of what collecting agencies do.

Earnings from broadcast, performance and licensing rights have also increased - but not enough to compensate for a £300m drop on recorded music revenues from the pre-digital era.

Artists and producers earned £205m from streaming, downloads and physical sales in 2019 - the same amount as in 2000 but a 41% decline when adjusted for inflation.

Whilst very few musicians make their money from streaming alone, it was a crucial source of income for two thirds of creators surveyed and key to developing an audience for 87% of respondents.

The IPO's report does not outline what level of income it considers 'a living', but analysis suggests it's about £2,000 per month.

These findings were released just after the Government asked for an investigation into major music labels' market dominance.

That alone is unlikely to shift the needle on musicians' earnings: how much money they receive depends on their contracts and, as last year's inquiry on the matter heard, many are afraid to renegotiate.

Unless a new distribution model is implemented, they will continue to earn an average of a fifth of a penny per stream.

Julian Knight, Chair of the DCMS Committee which conducted the inquiry, said the new report highlights some "shockingly low levels of income" among musicians.

"This research provides further evidence that urgent action is needed to address unfairness in how the talent behind the music is rewarded."

The IPO says that "confusion and misunderstanding" are rife in debates over incomes from streaming.

Just under half of streaming revenue goes to recording rightsholders who then distribute it to artists, who usually receive royalties of 20%.

Campaigners believe musicians' share should be greater given the increase in rightsholders' earnings from streaming.

"Many music creators believe that the rise of on-demand music streaming has caused their situation to worsen, not improve," the IPO notes.

It's a "considerable controversy" the office veers away from: it gives no opinion on the fairness of current arrangements, nor does it suggest solutions.

"There is no evidence that there was ever a time when recorded music was the basis of substantial income for large numbers of musicians," its report says.

"Music is an attractive pursuit for many people, and it is difficult to imagine a situation in which everyone who wanted to make a living from music would be able to do so."

More music creators are making money from streaming - but that means a smaller share of the profits.

The IPO says "more and more rights holders and music creators are now competing" for a growing but diminished pool of revenue.

Musicians also appear to be spending more of their time, energy and money on marketing and promotion.

Labels say their investment in artists and repertoire (A&R) and the economic risk of signing new artists justifies their greater share of profits. Indeed, they have shown some increased spending on A&R in recent years while marketing costs fluctuate year on year.

However, "there is less evidence that either of these costs have increased markedly since the pre-digital era," the IPO's report states.

Hi Joel - the report can be found here: https://www.gov.uk/government/publications/music-creators-earnings-in-the-digital-era