'We’ve only been here because you’ve been with us': as ArtsProfessional heads into its third decade, Liz Hill reflects on what’s gone before – and what lies ahead. 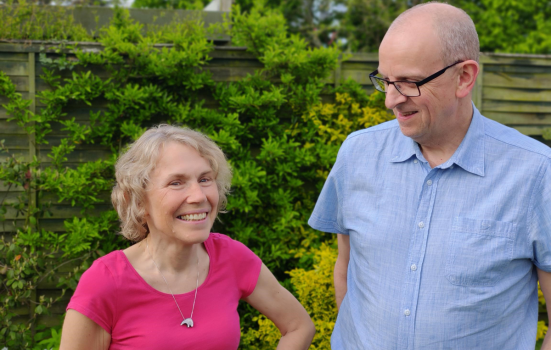 This month it’s 20 years since the ArtsProfessional title was launched and it’s fascinating to look back at what was going on at the time.

In some ways little has changed as many of the core issues facing the sector remain the same: funding, the workforce and equality are all still centre stage. The very first ArtsProfessional magazine covered the financial benefits of venue hires and the relationship between the arts and science. There was news of affordable workspaces for artists, a comment on the role of ‘the Net’ in exposing dodgy organisations, and an interview with former Arts Council England CEO Peter Hewitt who tried to persuade readers that behind-the-scenes planning for a power-grab of the sector was better than full transparency and proper consultation.

In other ways though, everything has changed. When we started, ACE was limbering up to abolish the ten regional arts boards and centralise control of England’s arts funding system; the short-lived Scottish Arts Council was funding Scotland’s national arts companies; and the Arts Council of Wales had only recently become accountable to the National Assembly for Wales.

In the years that followed, funding structures across the UK have been reinvented. Cultural organisations have to make a business case for their core funding; Lottery money now fills in for Grant in Aid shortfalls; and arts practitioners have had to become entrepreneurs to generate the earned income they need to survive.

It’s easy to forget that the sector has been facing turbulence for years – and survived.

Underpinning all of this has been technological change at a pace that few of us were really prepared for. That first ArtsProfessional was a 16-page two-colour print magazine with a fragile website attached. Print was king, Facebook didn’t exist, no one knew what a smartphone was, and Amazon was just becoming profitable after seven years’ trading.

Keeping pace with the extraordinary developments in technology has been one of the most significant challenges facing ArtsProfessional as much as everyone else. Adapting to the ‘new normal’ of an entirely digital world has been like painting the Forth Bridge. We finally abandoned print in 2013 and our website has been reinvented several times over the years.

All these changes have meant little in terms of our core mission. For as long as it exists, ArtsProfessional will stand as an independent voice that speaks up with and for the sector, sharing best practice, providing a forum for debate and holding the powerful to account. But looking ahead, we will also need the skills, vigour, vision and resources to respond to a digital future.

As founder directors, Brian Whitehead and I have been steering the organisation through both calm and choppy waters from the start. A few years ago we started looking at how to secure the long-term future for a publication that we know is valued – not just for reporting the things that matter to readers, but also for the role it plays as an independent voice in a sector that isn’t always in a position to speak out.

After investigating options with many potential partners under a whole range of different business models, we finally found the perfect fit and can report that, as of next week, ArtsProfessional will become a completely independent company in the Baker Richards Employee Trust group. We’re absolutely delighted. It’s an arrangement that will preserve everything that ArtsProfessional stands for within a framework that offers the level of solid and intelligent understanding of data and technology that will be needed to move forward in the decades ahead.

The superb team that delivers ArtsProfessional week-in-week-out will continue to provide the service that readers value. By joining an employee ownership trust, they will be part of an organisation with deep roots and a real passion for the cultural sector, but they will be working for an editorially independent company that can still share and report unfettered by any other agenda.

To ensure ArtsProfessional keeps a finger on the pulse in the long-term, plans are being developed to set up an editorial panel. This group will advise on emerging themes and issues, to ensure AP remains in alignment with the needs of the sector. It will also support the editorial team to uphold the principles and values on which ArtsProfessional was founded.

So while Brian and I step out and take a break to pursue some new goals, we are very happy that, as our baby comes of age and moves into adulthood, its future looks brighter than ever.

A huge and heartfelt thank you to the thousands of you who been with us on the journey thus far. We’ve only been here because you’ve been with us.

Good luck Liz and Brian and thank you for creating this remarkable baby! It's been an essential source of information and inspiration for me right from the beginning. I don't think I'd do my job as well if it wasn't for Arts Professional and I'm sure many others feel the same. Very best wishes for your next steps, and those of Arts Professional.
Thank you so much for your warm wishes - very much appreciated. It's sad leaving, but comforting to know that ArtsProfessional has a safe home and a great team to carry on what we started all those years ago.
What you have given us all, Liz and Brian, goes so far beyond much other arts journalism. You and your great team have shone a forensically clarifying spotlight on so many intricate aspects of cultural policy, and, free of any entanglements or dependencies, your freedom and commitment to speak truth to power has given ArtsPro an essential importance. Wishing you success and joy in whatever endeavours come next in your lives!
That's very kind of you Anthony. We've always been so lucky to have a brilliant team working with us, who have been equally dedicated to making ArtsProfessional the best it can be. They will be continuing to do more - and better - under a new organisation with fresh ideas and strong skills in areas that we have always struggled with. It's an exciting and positive point for us to move on and let others lead. Thanks so much to you and all our readers for your support over the years.
Don't know how but I missed this till now. Just to say thanks and well done for all your work and the work of AP over the years - now that's what I call creative resilience! Enjoy the next phase.
Really kind of you Mark. We're looking forward to a bit of a rest - then who knows what next! Very best wishes to you.
UK has and is an inspiration for us hier in the Netherlands. Arts Professional has become an essential source of information and inspiration for me and my colleagues informationspecialists. Thank you.
We're so pleased that it has been useful beyond the UK, and that you have found it valuable in your work. We're happy and confident that this will continue into the future. Thanks for your acknowledgment - very much appreciated.
Gosh, you seem to have been my constant companion for the last 20 years, starting a year after I set up CIDA (Creative Industries Development Agency). A hugely valued resource on what was happening, what was about to happen and critical in helping us to reinforce how important the sector was, is and I hope will be for the future. Not sure I ever told you how important you were to us - let me say it now! With grateful thanks and very best wishes for a brilliant future! Cheers -
And you have been a constant supporter over many years Anamaria - for which thank you so much. Your and others' enthusiasm for ArtsProfessional has kept us going through sometimes difficult times, and made it all feel worthwhile. We're passing it on confident that it is in a safe place to continue and further develop the work we started.
ArtsPro is a brilliant achievement. Congratulations Liz, Brian and the team.
Thank you so much Pauline - it's been a roller coaster over the years, but very comforting to know that it has been valued and will continue in the future. We couldn't have hoped for more.
Tremendous work Liz and Brian and wishing you every happiness and success on your next playing field.
That's really kind of you Mark. Exciting times behind us - and ahead, we hope!