Union speaks out on recompense for artists whose work is streamed

As ad hoc agreements are hastily put in place to enable performances to be streamed to audiences at home, AP has discovered an ecosystem that lacks a transparent process for creatives to claim repeat fees for recordings of their work now going online. 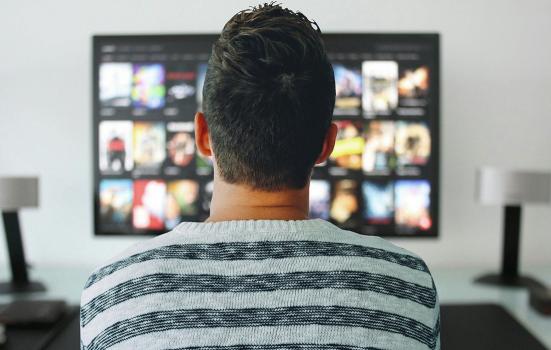 Concerns are growing about the lack of payments to freelance performers whose work is being streamed during the lockdown – in some cases without their knowledge.

Although some artist contracts make provisions for the circumstances now facing the industry, other ad hoc agreements – if any – are hastily being drawn up to enable performances to be presented online.

Opera professional Julian Reynolds commented last week in AP: “theatres are re-streaming their greatest hits and no one is getting a repeat fee, just a nice warm feeling if by chance they find out their work is being shared.” His words touched a nerve among the freelance community and were widely shared on Twitter.

The Musicians’ Union told AP it is “very keen to ensure the rights and interests of our members are protected, especially at this time when so many musicians are facing financial hardship”.

Geoff Ellerby, National Organiser for Recording & Broadcasting, explained: “Producers sometimes acquire a buyout of all relevant rights, and can then exploit the recording however they wish, with no further payment to the contributing musicians. Where this isn't the case and online exploitation rights were not originally acquired, we aim to prevent producers from streaming archive content without suitable recompense for the musicians.”

He continued: “It is of particular relevance where musicians have been paid a £50 fee, say, to have a live performance recorded, where no prior agreement was reached for further use. A fee in lieu of required consent for the necessary rights needs to be paid.”

But the MU recognises that not all musicians wish to claim fees at this time.

Ellerby added: “…in some cases, musicians have been willing to waive their fee to support the organisations that they have worked for. I think it’s worth making it clear that although the Union wants them to be paid - and believe that they should always be given the option of payment - there are situations in which musicians are making an additional sacrifice to help the industry at this very difficult time.”

AP has asked a number of arts organisations about their systems for paying repeat fees to performers. Some refused; some were guarded; some were transparent; and others failed to respond at all, including actors’ union Equity, which was approached three times for comment.

Really Useful Group (RUG), which streamed Andrew Lloyd Webber’s Phantom of the Opera to a record 12.8 million people around the world, continues to broadcast each week on The Shows Must Go On!, a new YouTube channel set up in a deal with Universal. Their response to AP’s questions about fees for freelance performers was received from Milltown Partners, a “global advisory firm working with influential organisations and individuals on the communications and public policy challenges that define their reputations”. Their spokesperson said: “As you can imagine, the RUG team are all working flatout at the moment and I am afraid we will struggle to make someone available to address these questions. If this changes, of course I will let you know as soon as possible”.

National Dance Company Wales says it is “unable to share information about our practice due to confidentiality of contracts with staff and artists”.

Others have been more transparent.

The National Theatre has been streaming productions from the NT Live back catalogue broadcast over the last ten years and a production captured for archive. A spokesperson explained: “In these extraordinary circumstances we have jointly agreed with Equity to make a nominal payment to all artists and creatives involved in these productions”.

At London Symphony Orchestra, LSO musicians – who are also shareholders – benefit collectively from revenues generated from recorded material to which LSOLive holds the rights, and guest artists receive royalties. The same arrangement applies when those revenues come from its pay-to-view streaming services. But LSO is currently streaming some of its material free of charge for short periods of time and using this as an opportunity to promote its pay-to-view platforms.

Lyric Hammersmith will be screening its acclaimed production of A Doll’s House via the Lyric’s YouTube channel from 2.30pm until midnight on 20th May. A spokesperson explained: “…each of the rights holding actors and creative team members have generously given their permission in-kind/without payment for this one-day, free screening”.

Soho Theatre, which has had an On-Demand platform for a number of years, produces its own content for streaming and also licenses work from other companies on a box office split. Their spokesperson explained: “We are still working through the arrangements with theatre companies when working on a commercial basis”. The two exceptions on its platform currently are Fleabag for Charity and Mr. Swallow: Houdini: “These are both specifically charitable ventures and all fees were waived by the artists and technicians from those two shows at their request in order to direct funds to COVID-related charities.”

Similarly, Hampstead Theatre has been using its back catalogue to raise money for NHS-related charities. Strenuous efforts were made to track down the performers of the six productions in its ‘At Home’ series – which dated back many years – to obtain their permissions for streaming.

The streaming offer at London’s Barbican has been focused on “helping to promote performances that organisations with which we work have put online via their own websites and social media channels”, a spokesperson said. These include Ballet Black, Cheek by Jowl, Complicité and others.

Welsh labour MP for Cardiff West, Kevin Brennan, who is a member of the DCMS Select Committee, has challenged Culture Secretary Oliver Dowden over fair remuneration for artists and rights holders, especially musicians.

At a Select Committee meeting Brennan asked the Minister if he knew how little the giant streaming companies pay musicians – and then enlightened him that it would take 7,267 streams for a musician to earn one hour’s pay at the minimum wage.

On Twitter Brennan noted that “a lot of people in the creative industries have seen their work used and abused by tech giants without permission or recompense on sites such as YouTube”. His words were picked up by Henry Bird, who said: “The current ecosystem is so one-sided and opaque that it’s surely a monopoly as opposed to an open market for creators to exploit their works. Can we begin by calling YouTube, Google etc. publishers and broadcasters, not ‘platforms’.”

Brennan asked the Culture Secretary to promise to look into fixing “this broken system”.

I'm sorry that our response wasn't clearer. We have negotiated payments with all the artists and creatives involved in our streaming. We believe that as many people as possible should have access to our online work and are equally passionate about practitioners being fairly rewarded. The current situation is unique; we've all had to move quickly and we found the ITC/Equity streaming agreement useful. However, as streaming increases rapidly across the performing arts, we are keen to work with the unions and industry bodies to ensure greater clarity and create fair agreements for the future.

Record Lottery ticket sales give a boost to the arts

The popularity of draw-based games improved returns to good causes last year, but heavy reliance on retail sales points to a “...