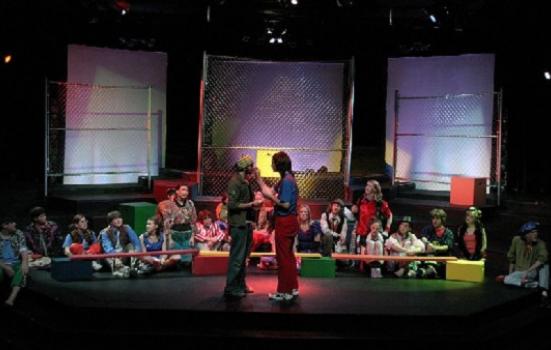 UK theatres say their ability to work with school students is under threat
Photo:

Prominent English theatres say they are increasingly unable to reach state school pupils as arts education budgets are cut and creativity is “devalued”.

Leaders at all 13 regional theatres participating in a recent survey said a decline in the number and frequency of visits from secondary schools in the past five years had negatively affected delivery of their organisation’s mission.

Ten theatres believed there had been significant growth in the imbalance between the opportunities of state and independent schools to expose their students to dramatic arts.

“While arts organisations are being encouraged to prioritise offering opportunities for diverse communities to express or experience creativity, it’s galling to see the barriers to those opportunities becoming ever more present in our education system,” Chichester Festival Theatre’s Executive Director Kathy Bourne and Artistic Director Daniel Evans said.

The findings are part of a larger survey regarding the recent performance of English producing theatres that will be published in December.

But David Brownlee, of the survey company Brownlee Consulting, said the “amazing degree of unanimity” in theatres’ experience working with schools prompted the decision to publish these figures early.

“It was felt it was worth saying that there has been a significant change that is really worrying these producing theatres.”

‘Only open to the elite’

Nottingham Playhouse Chief Executive Stephanie Sirr said producing theatres have “never witnessed a bigger gap in the cultural opportunities open to those in private schools compared to those in state education”.

“We are currently acknowledged as world leaders in theatre, film and the broader creative industries, but opportunities to explore, develop and exploit creative talent are increasingly only open to the elite.”

According to the survey results, 10 of the 13 theatres believe there has been a ‘significant’, ‘major’ or ‘fundamental’ change in the gap between state and private schools’ exposure to theatre.

Bristol Old Vic Artist Director Tom Morris said that independent schools understand the value of creative education, “invest heavily in creative opportunity and use it as a key part of their sales pitch to parents”.

“In state schools, these opportunities are being ruthlessly stripped out, depriving pupils of the advantages offered to their wealthier peers and increasing social division at a time when we should be doing all we can to reduce it.”

While overall audience numbers at the theatres surveyed grew by 7% between 2013 and 2018, the number of tickets purchased by schools fell 3% over the same period.

Eleven out of the 13 theatres say there has been a significant change in the number of visits made by schools, and eight theatres believe they now have less time to develop relationships with the schools that did visit them.

Eight theatres also say they have seen more drama teachers being made redundant. DfE data shows there were about 1300 fewer state school drama teachers in 2018 compared to 2013 – a 12.7% decrease. However, the data does not consider teachers’ redundancy rates.

Theatres said the biggest factor impacting their ability to work effectively with secondary schools has been arts education budget cuts.

All the theatres felt that cuts to funding for creative subjects had detrimentally affected their work. Eleven of the 13 said narrowing of the curriculum was damaging their ability to engage with schools, and 10 said they had witnessed ‘significant’, ‘major’ or ‘fundamental’ cuts to school arts budgets.

Referencing comments made by newly-appointed Culture Secretary Nicky Morgan that arts subjects hold students back, Morris at Bristol Old Vic said that “the opportunity to express yourself doesn’t weaken” subjects like science and mathematics – “It contextualises them and makes them even more powerful.”

Sirr from Nottingham Playhouse commented: “A continued lack of focus and investment in cultural education will threaten our talent pipeline and international standing and damage the arts’ ability to offer creative and technical opportunities that provide social mobility and change lives.”

“I thought I’d be so frightened I’d run off stage. Now, the thought of standing up in front of people doesn’t scare me.” These are the words of an 11-year-old from Knowsley, one of the most deprived boroughs in the UK, who took part in Shakespeare Schools Foundation’s 2018 Festival. Performing on a professional stage opens doors for young people. Students, and their teachers, tell us how they do better in class and make new friends. They grow in confidence, resilience and empathy. Why? Because performing Shakespeare enables students to think deeply and creatively whilst engaging with complex language. To succeed, they have to work as a team and communicate effectively. Shakespeare also gives them a safe space to explore life challenges - for example, gang culture, first love and bereavement. And so news that theatres are struggling to reach students from state school backgrounds is concerning. Our charity works to make sure that theatre isn’t for the privileged elite, but rather a rite of passage for every child. We join theatres in wanting to tackle this opportunity deficit. Last year, 769 state schools (including state schools) took part in Shakespeare Schools Festival, performing at 129 theatres around the UK. 1 in 3 of the total number of schools we worked with was in the top 30% of most deprived areas of the UK. We know the transformative impact this has on young people and, with our theatre partners across the UK, are working to reach more. We urge our new Prime Minister to honour his pledge to invest in education, enabling many more students to benefit. Ruth Brock, Chief Executive Shakespeare Schools Foundation Shakespeareschools.org / ceo@shakespeareschools.org