A report calls for flatter and more diverse leadership in arts organisations, and encourages the nurturing of individual leadership at all levels. 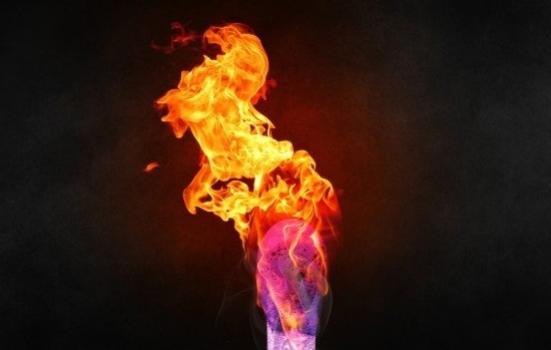 Low pay, a lack of work-life balance, limited opportunities for career development and the ongoing pressure to do more with less is creating an “increasingly high” risk of burnout among arts leaders, a new report concludes.

“The demands on the cultural workforce – and on its leadership in particular – mean that the sector may be vulnerable to burnout,” says the research, commissioned by Arts Council England (ACE). "If this is true, the consequences will be considerable.”

The report on cultural leadership, authored by independent consultant Sue Hoyle and researchers at Kings College London (KCL), says that burnout is a serious health concern which affects cognitive functions such as creativity, problem solving and memory.

“In periods of continuous change, organisational leaders need to foster an engaged workforce, which is motivated, proactive and involved, and must be properly resourced if it is to deliver effectively,” the authors add.

“In order to weather the pressures that are expected to lie ahead, leaders will need to take care of their own development and mental wellbeing, as well as that of those with whom they work”.

The report, which will inform ACE’s next ten-year strategy, pays particular attention to the ways in which leaders are being developed, how leadership development is evaluated and the required behaviours for leadership, building up a picture of the sector from interviews with 730 people and focus groups.

It argues that successful leaders must be self-aware and ready to delegate authority to people whose skills and attributes complement their own. They need to be “genuinely collaborative”, to create an environment in which mistakes can be made, and to be comfortable with leading across a network, not just within an organisation.

It adds that the challenges facing leaders need include responding to financial uncertainty, being relevant to the changing tastes of contemporary society.

These findings echo another recently-published piece of ACE-commissioned research, which assesses how leadership, workforce development and workforce diversity have changed in the arts since 2010.

The evidence review, by Consilium, concludes that leaders must have strong political awareness and advocacy skills to communicate the benefits of the organisation to partner organisations in a context of falling public funding.

But it also warns that an excessive focus on cuts can lead to “tunnel vision” that damages the sector by ignoring equally pressing concerns, such as a lack of innovation.

Importance of the organisation

One of the biggest challenges identified in the KCL report is the need for organisations to become flatter and more diverse – places in which different sorts of individuals are given opportunities to lead at all levels.

The report suggests that such a culture could be more important than leadership programmes themselves, which are often focused on theory rather than learning gained through professional experience.

It also stresses that other sectors grapple with similar issues to those in the arts, such as an acute sense of external scrutiny, constrained resources, and a demand for ambassadorial roles outside the organisation. It encourages the creation of networks to link emerging and established leaders from different sectors and provide a safe space for problem solving and knowledge exchange.

The report notes that the evidence base for the impact of leadership programmes is weak, and primarily draws on self-reporting and measuring immediate impact, rather than capturing behavioural change or articulating the intended impacts of leadership interventions on organisations and the wider sector.

It accepts that addressing this is a challenging proposition, as the impact of interventions on career progression is “highly individualised, often non-linear or erratic, and likely to resonate long after the end of an intervention”.

“It is still, then, difficult to identify a direct, causal relationship between a programme and its outcomes, as the effects of an intervention play out over time and interact with other factors, such as organisational culture,” say the authors.

The report also argues that those at the top of institutions need to welcome new voices, and to ensure that the workforce and its leadership is more diverse. It warns that without more inclusive organisational cultures, the sector “will not feel the full benefit of initiatives to bring through more diverse leaders, however good the programmes on offer”.

The art field has always been tough. Museums are generally strapped for $$ too. So they can't hand out monster salaries. I think anyone that work for museums and galleries has to have a love for being around and working with art. But, as burnt out as the people who work in this field are, it is infinitely harder for the producing artist. The artist can't rely on a regular paycheck or benefits to live on. It is hard producing art when you don't know where your next meal will come from. In an intro to his review on Amazon of 'Among the Bohemians: Experiments in Living 1900-1939' by Virginia Nicholson, Lleu Christopher distills what fuels the bohemian / artist's life. I would think some of these same benefits are what fuel those working in the art field. “Nicholson has a genuine appreciation for the bohemian spirit, and acknowledges the sacrifices made by many obscure artists, poets and others existing (often marginally) at society’s fringes. For some, the idealistic decision to forsake conventional society for a life dedicated to art, romance, poetry or perhaps a vaguer idea such as beauty or authenticity was never rewarded with any kind of material success. Was there any compensation for those living such marginal lives? Nicholson makes the case that for many, a life dedicated to art, romance and freedom is its own reward. For those who embody the bohemian spirit, material comforts and security are not worth the price of suppressing one’s creativity and individuality.”
Wholly agree. And the problem with Lleu Christopher's distillation of what fuels the bohemian/artist's life "a life dedicated to art, romance and freedom is its own reward. For those who embody the bohemian spirit, material comforts and security are not worth the price of suppressing one’s creativity and individuality", is that if you're a 'bohemian' or an artist with dependents of any kind (children for example), then security DOES become a priority, out of necessity, let alone principle. I think that the sooner people understand that artists, however er bohemian anyone thinks they may be, need not only to eat and to be able to afford housing, but also need to be properly valued, the better.
It's interesting - and depressing - to see that this arguments been up and down the agenda of the funddd arts since 1976 when Redcliffe Maud's report (Redcliffe-Maud (1976). Support to the arts in England and Wales. London: Calouste Gulbenkian Foundation UK and Commonwealth Branch) concluded: “We still pay artists badly. We still get our arts cheap, and we expect to go on doing so because they have been cheap in the past.... Our artists are still amongst the worst paid of the labour force, and they therefore claim with some reason that it is they who largely subsidise the arts......“How do we [public patrons] corporately decide how much we can afford to spend on cultural activities, in competition with housing, hospitals or roads? Which forms of art, traditional or new, shall we invest in, and what are our priorities? The private patron answers such questions himself, by reference to his own whim and subjective judgement. How does the public one reach similar decisions? What weight should public patrons attach to tastes of the minority pressure groups concerned ...to party politics? And for how many years can public patrons commit themselves, at national or local level? ...And how can the proper claims of public accountability be reconciled with those of freedom for artistic genius? Can the dead hand of bureaucrats foster the living arts? ...if we look more closely at the question 'whom should we public patrons help?' the answer needs to be rather more complicated. 'The many' and 'the few' do not together constitute the whole population. They must be thought of, rather, as the largest and smallest of a whole series of concentric circles [in which artists are at the centre]. *Interesting* then that at the centre of arts policy nowadays are the 'leaders' who are the subject of this article, and then all the other gatekeepers, producers, animators, fundraisers - in fact everyone who depends professionally for a living on the arts but can't actually make the art themselves..