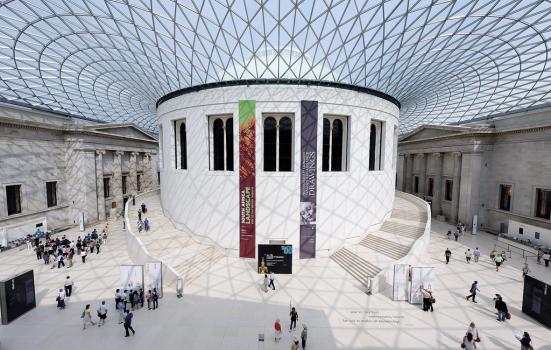 The British Museum in London
Photo:

Visits by children to English attractions fell by 7% last year, in a trend which Visit England said was “most likely due to security fears following the terror attacks”.

A report from the tourism body said that the fall in child admissions was “heavily driven by sites in London and the South Eastern regions”.

2017 also saw a fall in visits to attractions across the country by school children, making it the fourth year in a row this has happened. The number of school children admissions fell by a further 2% last year, following a 1% decline in each of the previous three years.

The figures are based on survey responses from 1,400 English visitor attractions, including major London institutions such as Tate Modern and the National Gallery as well as smaller regional venues. A third (32%) of organisations completing the survey were museums and art galleries, and another third (33%) were historic properties. Other respondents included country parks, zoos, and places of worship.

Overall, visits to England’s attractions rose by 2% in 2017, with total gross revenue rising by 7%.

But visits to museums and art galleries fell for the second year in a row, dropping by 1% both last year and in 2016. Visit England said that “this was largely driven by those based in London, who saw a 4% drop in visitor numbers in 2017".

In a more positive finding for museums and galleries, their gross revenue increased more than the average, by 9%.

The total number of visits to all London attractions has also fallen, for the third year in a row.

“In 2017 this will, at least in part, have been driven by the four terror related attacks that occurred in London between March and September 2017,” said the report.

The top three free attractions in the country were all London museums: the British Museum, Tate Modern and the National Gallery. But each of these had fewer visitors in 2017 than the previous year.

One tourist board saying 'it's probably because of terrorism' isn't evidence for anything. What about the massive cuts in education? Or the fall in creative subjects? It's a sweeping statement which does more for xenophobia than it does for explaining anything else.