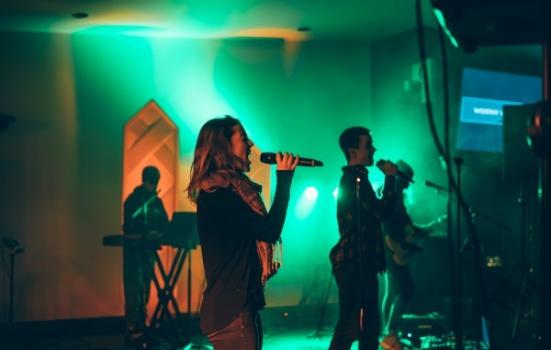 Parliament has moved one step closer to introducing planning reforms that music campaigners say will protect grassroots venues around the country from closure.

Labour MP John Spellar’s bill on the ‘Agent of Change’ principle – which affects who is responsible for complying with costly noise regulations – was given approval by MPs this week and will be debated more extensively in the House of Commons next week.

The issue has come to a head as cases of established music venues becoming threatened by noise complaints from residents in nearby, newly-built flats have become commonplace. Research by the Music Venues Trust (MVT) suggests one in three grassroots music venues have closed in the past decade.

Welcoming the legislative development, which has the backing of former Arts Minister Ed Vaizey and musicians including Sir Paul McCartney and Chrissie Hynde, MVT said it was “immensely proud” of everyone who had worked hard to being about this “vital change”.

Campaigners stress the current legal regime, under which whoever is causing a noise complaint is responsible for it, is “unfair and unreasonable” and has led to the closure of many venues.

“If a noise exists, you can deliberately move next to it and demand it be turned off and UK law will support you,” explained MVT. “You can build balsawood huts next door to a music venue and simply wait for your residents to complain and the venue will have to pay all the costs to reduce their noise.”

By contrast, the Agent of Change principle says that the person or business responsible for ‘the change’, such as the developers behind a new block of flats, is “responsible for managing the impact of the change”. Equally, should a new music venue open in a residential area, it would be responsible for the costs of soundproofing.

A variation of the principle is already used in Wales, and is under discussion in Scotland and London.

Reading his bill this week, John Spellar MP accepted tensions between music venues and residential properties often emerge during the regeneration of cities, when redundant commercial properties are repurposed as residential, but warned this could sometimes “lead to the loss of what made those areas in the first place”.

Similarly, he cautioned the UK’s decision to leave the European Union means the country must “maximise every possible advantage”, and any policy that threatened music venues would threaten such advantages.

“We are in danger of taking away the ladder that has served both musicians and the music industry so well for so long,” he said.

“There’s a danger of mining, rather than farming, our beautiful heritage.”

A second reading of the bill will be held in the House of Commons on 19 January.

If a developer wants to punch a load of windows directly abutting someone else's cattle paddock, then the same developer cannot start complaining about billions of flies in their kitchen coming off all the cow pats. The cattle were there first. It's a great result. In planning it's called the Mansi Principle, ie. what was there first takes priority. It's high time planners stopped listening to cockerel-crowing moaning townies who only just pitched up. Conveyancing Solicitors need to do more than just immediate surveys but also of surrounding businesses, even where those make no money. I moved to the country to practice drums at top volume, but the cockerels were here first, and they quite like it.